The Lake County Chamber is an organization focused on connecting local businesses to the community. We strive to assist in promoting area businesses and events to bring more visitors to Lake County, which in turn benefits the local economy. Our members consist of businesses of all sizes, non-profit organizations, governmental agencies, and individuals that want to be more involved in the Lake County community circuit. Being a member of a local chamber is a great way to network and grow a business as well as create awareness to local organizations and events.

Blessing of the Bikes

We are proud to be the #1 promoter and supporter of Blessing of the Bikes. We work hard with Para-Dice motorcycle club, the Village of Baldwin, Sheriff Department, Fire Departments, M-Dot and many other groups and organizations to make this a great event. For more information about being a Line the Fence Sponsor or Vendor for Blessing of the Bikes, visit here.

Fill out our online membership application which includes online payment for dues. There is also a PDF download if you prefer to print and fill out the application to drop off or mail in to the Chamber office downtown Baldwin, MI.

Lake County got its name in 1843 for the many lakes inside its borders. Many Union soldiers and their families settled in Lake County, Michigan after the Civil War. The County had a booming white pine timber business from the 1880’s to the early 1900’s. As a result, many railroads and lumber camps sprang up.

Stearns Siding is located near Branch and named after Justin Stearns, who was later Michigan’s Secretary of State. Stearn had 2,700 residents at its peak. Marlboro, now a ghost town, had 400 settlers in 1905 and was a cement production center. It was founded by Fredrick Farnsworth, a banker and art collector from Detroit (the Detroit Art Institute today is on Farnsworth Street).

From 1912-1964, the community of Idlewild just east of Baldwin was a major summer vacation destination for African Americans, primarily from Chicago, Detroit, and many other large urban centers in the Midwest. Here black Americans could enjoy a slice of heaven in the cool north, and escape the sweltering heat of the summer cities. It also became a major tour stop on the “Chitlin’ Circuit” for some of the biggest names in African American musical entertainment. Visit the Idlewild Cultural Center for the fascinating story of the Midwestern summer home of black America’s rich and famous.

One of the more unique features of Lake County is the Shrine of the Pines, located just south of the village of Baldwin. This extraordinary collection of hand-carved furniture represents the entire lifetime work of woodcarver R.W. Overholtzer. His former log home houses an incredible assemblage of handcrafted furniture made primarily from the white pine tree stumps left behind in the 1920’s by the logging industry. Every year, thousands of visitors come to see R.W.’s tribute to the great white pine forests that once covered the entire state of Michigan. The Shrine is open mid May to mid October. 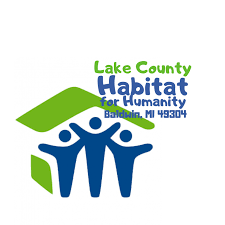 Place Description: We build strength, stability and self reliance through shelter. LCHFH is a non-profit organization that helps low income residents build and inprove a place to call home. Read More

Place Description: We are a convenience store and gas station, which also has sporting goods, recreation fuel and so much more. Read More

Find awesome listings near you!